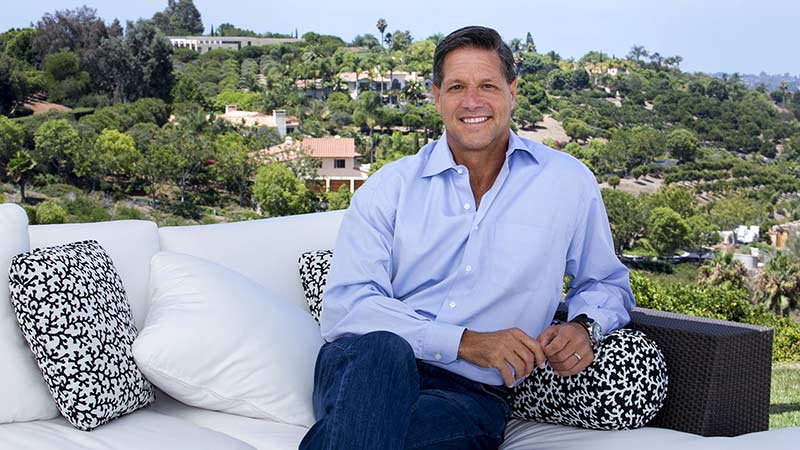 John Assaraf is a serial entrepreneur, author and one of the leading behavioral and mindset experts in the world.

He is a New York Times best-selling author and being a featured law of attraction teacher on “The Secret”, has appeared on Larry King and the Ellen Degeneres Show as well as featuring in a documentary with The Dali Lama and Richard Branson.

He overcame a violent family background and troubles at school to achieve great success and lives with his family on a six-acre estate in sunny Southern California.

Here’s John Assaraf featured on The Secret with the other teachers.

John Assaraf’s Famous Law of Attraction Story From “The Secret”

In the video below John, along with the other teachers from “The Secret” talks to Larry King on CNN about his now famous law of attraction “vision board” that he used to manifest his dream home.

John talks above about how he used the law of attraction by creating vision boards, cutting pictures from magazines of the things he wanted.

Whether it be a house, a car, vacations etc….

He would then look at the images a couple of times a day, just for a couple of minutes and generate the emotion, the feeling of what it would be like,

To be living in that house….

To be driving that car….

To be taking that vacation…..

Then a few years later he was moving into his current house in Southern California when his son asked him what where in some boxes he had by his door and inside were John’s old vision boards.

In the middle of the second one he pulled out was the picture of the exact house he had just moved into, without him realising it.

Below John tells the story in a bit more detail, from his dream house that he manifested with the help of his vision boards.

“John is one of the leading behavioral and mindset experts in the world with a unique ability for helping people release the mental and emotional obstacles that prevent them from achieving their very best in life and business.

In the last 10 years, he has written 2 New York Times Bestselling books that have been translated to 35 languages. John has appeared on Larry King Live 8 times, and featured in 8 movies including the Blockbuster smash hit movie “The Secret” and “Quest for Success” with Richard Branson and the Dalai Lama.

John has built 5 multi-million dollar companies including growing Re/Max of Indiana to 1500 salespeople and $4.5 billion a year in sales.

As a founder, Bamboo.com grew from inception to $10 million a month in revenues within the first 12 months and achieved a highly successful IPO on Wall Street.

Today he is CEO of NeuroGym, which develops some of the most advanced neuroscience-based brain training programs in the world helping individuals and corporations maximize their fullest human potential.” – johnassaraf.com

“Here’s the problem. Most people are thinking about what they don’t want, and they’re wondering why it shows up over and over again.” – John Assaraf