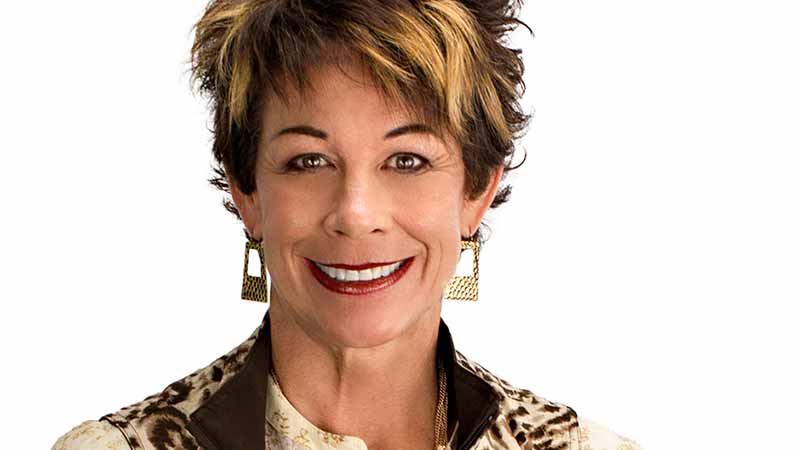 Carol Tuttle is one of the world’s foremost experts on Chakra Healing, an award-winning author and businesswoman.

She devotes her time to helping people throughout the world overcome their blocks to abundance.

“The healing technologies I am working with make traditional therapy look like a covered waggon. People are ready and eager to heal their personal pain and generational issues, and we have been blessed with the knowledge and tools now to make that possible.”

Below is a video of Carol sharing 3 physical moves to welcome wealth and abundance into your life.

You can also check out some powerful chakra balancing techniques from Carol here.

In 1989, before she even embarked on her journey to success, Carol was a mother of 5 small children, who suffered from a severe depression. Trying to cure herself of the mental state that was preventing her from living a full life, she first engaged in conventional therapy, only to find herself gravely disappointed. The conventional psychotherapy didn’t help Carol fight her depression.

She found herself facing a lifetime of taking prescription medication that wasn’t doing her any good.

That was when Carol decided to find a better way to improve her life. After doing some research, she decided to try alternative medicine, specifically, energy healing.

Carol started with Reiki and continued studying Rapid Eye Therapy, EFT, Tapping and Energy Medicine. She found that her body and mind reacted to alternative methods much better than to the conventional ones. In the end, she managed to do what western medicine did not, and cured herself of depression that was plaguing her everyday life. Her next goal was to help others in doing what she was able to do.

To help others as an energy therapist you need to be a special kind of person. You can get familiar with the methods and even master them, and you can certainly learn enough to help yourself overcome your own struggles. However, not anyone can do it to others as well. Few people can translate the spiritual into practical, which is an important ability when it comes to working as an energy therapist, especially in the field of Chakra Healing. Carol Tuttle is one of the few who possesses the gift for practising such techniques.

Chakra Healing is a technique we can use to influence the overall health of the human organism. It can be done by meditation, visualization and balancing techniques.

Chakras are the seven main energy centres within the human body, and they, like every other element of the human body, can be unbalanced and damaged. Since the state of your energy system is very important for your physical state, repairing the damage that has been done to your chakras can resolve many of the health issues you’ve been having.

Apart from that, the state of your chakras influences your mental and emotional state. When you feel weak and depleted of energy, there is probably something wrong with your energy centres. Your energy can also be leaking, weak or frozen, which can cause a lot of difficulties in your everyday life, reflecting on its every aspect.Fortunately, anyone can solve the problems caused by a damaged energy system.If you know what you’re doing, and use your knowledge to try to influence your chakras, your energy will respond to your efforts immediately. As Carol herself says, anyone can achieve an amazing level of holistic health.

The process of Chakra Healing requires knowledge and effort. The healing of the energy system of the human body cannot be done without the understanding of the way it works. You also need to know exactly how to maintain your life-force energy.

Carol Tuttle’s career as an energy therapist officially started in 1994, right after she was awarded herMaster Certification for several modalities. Since then, she has helped thousands of people fight their own problems. She does it by offering energy healing sessions, as well as through her own best-selling self-help book, Remembering Wholeness; A Personal Handbook for Thriving in the 21st Century. In the book, she has been able to bridge the gap between metaphysics, Christianity and energy healing. She is now considered to be an expert in the areas of Energy Psychology, Energy Medicine and Emotional Freedom Technique, and well known in law of attraction circles.

Somewhere along the way, Carol has started to get a lot of media attention. She has been invited by many hosts to join them in their TV shows, and featured in magazines such as Wasatch Woman Magazine, Health Magazine, Writer’s Digest and Redbook Magazine.

It’s no wonder that Carol is becoming more and more popular. Apart from having an immense amount of knowledge in various fields, she is praised for her amazing psychological intuition. People have been describing the healing sessions with Carol as a life-changing experience. She has a gift for looking beyond your mere physical appearance and seeing the issues that are at the root of your problems. She also has twenty years of experience in energy healing therapy that make her qualified to deal with every possible scenario.

The word of Carol’s expertise has travelled wide. It resulted in her being invited to practice her calling in other countries as well. She managed to work with the natives on clearing the beliefs and patterns that were preventing them from making positive changes in their lives.

Carol Tuttle has helped thousands to resolve their issues and to improve their health. People with problems in emotional, spiritual and physical aspects of their lives have been turning to her for help for the past twenty years, and they will continue to do so in the future.