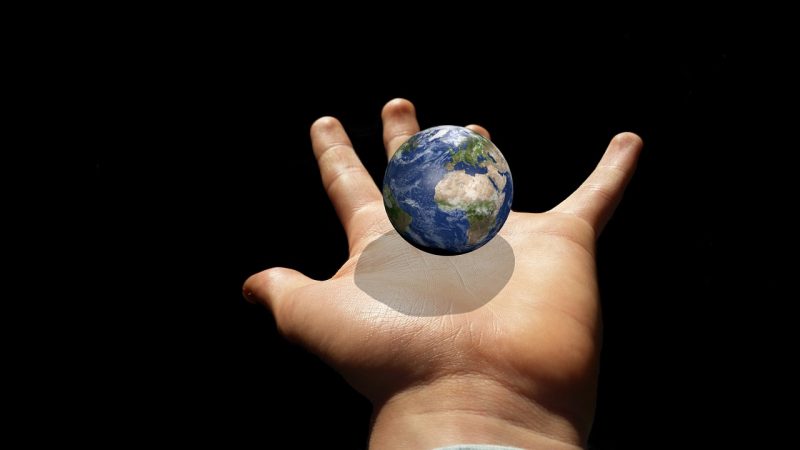 The book by Eckhart Tolle A New Earth: Awakening to Your Life’s Purpose is the acclaimed follow up to his best-selling The Power of Now.

It was published in 2005 and within 5 years of publication, the book landed on the New York Times Best Seller list and had sold five million copies had been sold and the book was featured on Oprah’s Book Club.

Below is a brief video of Jim Carrey on Oprah talking about Eckhart Tolle A New Earth.

It is a book that has impacted many people around the world, which encourages people to improve their happiness by living in the moment.

As the book says, our modern world has become more focused on searching for happiness through material possessions, but those things will only bring temporary happiness.

In A New Earth, the goal of Eckhart is to shift the consciousness, allowing us to understand true sources of happiness.

He suggests that every person is capable of discovering joy and happiness in life, and it can only be found through living in the present moment.

Below is an audiobook excerpt of A New Earth from Youtube.

Note: We do not own any copyrights for this audiobook and the video could be removed from Youtube at any moment.

Here is the first page of Eckhart Tolle A New Earth.

CHAPTER ONE :
THE FLOWERING OF HUMAN CONSCIOUSNESS
EVOCATION

Earth, 114 million years ago, one morning just after sunrise: The first flower ever to appear on the planet opens up to receive the rays of the sun. Prior to this momentous event that heralds an evolutionary transformation in the life of plants, the planet had already been covered in vegetation for millions of years. The first flower probably did not survive for long, and flowers must have remained rare and isolated phenomena, since conditions were most likely not yet favorable for a widespread flowering to occur. One day, however, a critical threshold was reached, and suddenly there would have been an explosion of color and scent all over the planet – if a perceiving consciousness had been there to witness it.

Much later, those delicate and fragrant beings we call flowers would come to play an essential part in the evolution of consciousness of another species. Humans would increasingly be drawn to and fascinated by them. As the consciousness of human beings developed, flowers were most likely the first thing they came to value that had no utilitarian purpose for them, that is to say, was not linked in some way to survival. They provided inspiration to countless artists, poets, and mystics. Jesus tells us to contemplate the flowers and learn from then how to live. The Buddha is said to have given a “silent sermon” once during which he held up a flower and gazed at it. After a while, one of those present, a monk called Mahakasyapa, began to smile. He is said to have been the only one who had understood the sermon. According to legend, that smile (that is to say, realization) was handed down by twenty­ eight successive masters and much later became the origin of Zen.

Seeing beauty in a flower could awaken humans, however briefly, to the beauty that is an essential part of their own innermost being, their true nature. The first recognition of beauty was one of the most significant events in the evolution of human consciousness. The feelings of joy and love are intrinsically connected to that recognition. Without our fully realizing it, flowers would become for us an expression in form of that which is most high, most sacred, and ultimately formless within ourselves. Flowers, more fleeting, more ethereal and more delicate than the plants out of which they emerged, would become like messengers from another realm, like a bridge
between the world of physical forms and the formless.

Eckhart believes that letting go of things such as unhealthy relationships and temporary happiness from material possessions can result in a present moment awareness that will transform a person’s life.

The process involves looking inward to evaluate yourself honestly, and then focusing on living in the present moment to fully enjoy the true moments that make life sweet.

By recognizing painful patterns in our life, it is possible to move away from our past experiences and stop trying to control our future.

Changing thought patterns through such things as meditation, can allow those patterns to be released, and replaced with positive thought patterns instead. It is a full shift, a mental transformation that has made a different in the lives of many people.

Once this shift occurs, then you are able to live up to your potential more fully. It is in full consciousness that we can have a stronger affect on more people, and really make a difference in the world. It is a choice, we can remain in consciousness or choose to live in the present moment, and this book helps you to see the advantages of living in the moment.

As this path is followed, it is possible to experience more joy and freedom in life. It is a matter of moving above the ego-based thinking that most people experience on a daily basis, and instead choosing a higher consciousness level that ends personal conflict as well as conflict with others.

When we are stuck in ego-thinking, negative results appear such as unhappiness, jealousy, and anger. But, letting go of the ego will allow a person to move into higher thinking, which results in positive experiences and emotions.

If you are looking for a way to move your life to the next level, then this book can help by offering enlightenment and insight.