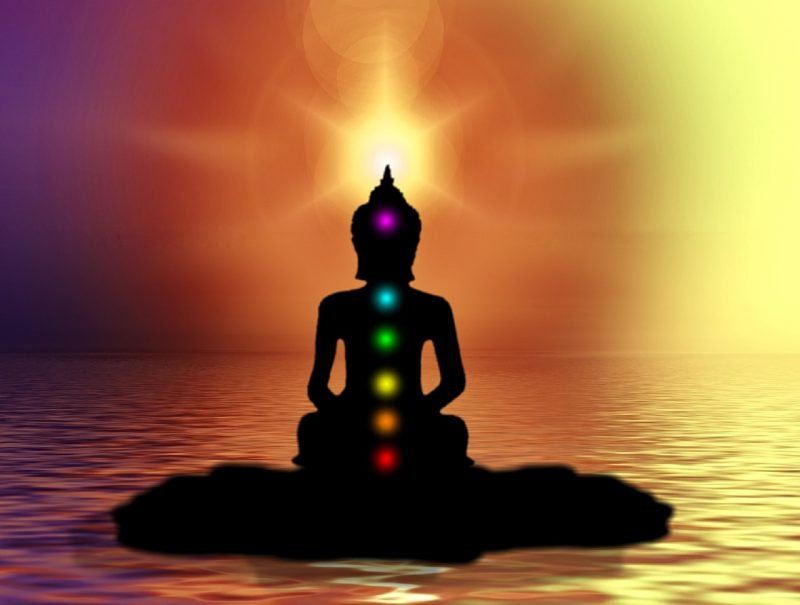 Chakra Healing is the art of cleaning and clearing our bodies 7 primary energy centers or chakras.

It has become one of the fastest growing personal development techniques on the planet as more and more people worldwide become awakened to the role that these energy centers play in our day to day lives.

Below chakra master Carol Tuttle gives us a great introduction to the art of chakra healing and gives 3 physical moves to help clear your chakras and release your energy around wealth and abundance.

The functioning of our organisms cannot be reduced to a material aspect. As the latest scientific discoveries have shown, most of our world is not matter, but pure energy, and that refers to our bodies as well.The ancient Indians and Chinese had become aware of that fact long before the western civilization finally developed the technology to translate it into scientific terms. That may be one of the reasons why we’ve started turning to the East in search of answers and solutions for our biggest problems. Some of the legacies of those ancient cultures are the energy system of the human body,that is, the chakras, and the methods of healing based on them, namely, chakra healing.

Although we cannot see it or measure it, we all possess an energy system that is responsible for the transmitting and receiving energy from the outside world. That system consists of pathways, sometimes referred to as meridians that keep the energy flowing through our bodies.

The energy system also has multiple pressure points that enable us to work with our bodies’ energy, and sometimes even control it to our advantage. In the West, some of the techniques that are used for such purposes are acupuncture, acupressure and reflexology.

There is, however, a technique based on controlling your energy using only the power of your mind. That technique is, of course, meditation. But how is such a thing even possible?

The energy system of our bodies is called chakras as well.In Sanskrit, the language of the Vedas, it means energy, vortex, wheel and disc. The chakras are actually the seven main pressure points of our energy system, and they are formed in a straight line from the base of the spine to the top of the skull. Each has its own name: root, sacral, solar plexus, heart,throat, third eye and crown chakra.

The principal function of the chakras is giving your body enough energy so that you can lead a fulfilling life. When all the chakras are working properly, your body is healthy and balanced. Unfortunately, like everything else, even chakras can get damaged, blocked, or depleted of energy. When that happens, your body will manifest it in one way or the other. The cause of many symptoms and health issues are the damaged chakras.

Apart from being responsible for the flow of energy in your body,each chakra has a specific function, in accordance with its location. They affect not only the physical state you’re in, but the emotional and spiritual as well. We will now briefly discuss the function of each of the seven chakras.

The root chakra is located at the base of your spine, and is closely connected to the energy of the earth and a person’s sense for survival.The sacral chakra is placed in the pelvis area, and it represents the centre of a person’s energy, passion and joy. The solar plexus chakra can be found above the navel. It is associated with the feelings of personal power, hope and lightness. The heart chakra is located at the centre of your chest, and it is closely connected with tranquillity, balance and unconditional love. The throat chakra is placed in the throat, and it represents one’s self-expression,creativity and the truth. The third eye or the brow chakra can be found between the eyes, just above the eyebrows. It is the representation of the divine inspiration and the healing powers. And the last, but not the least, is the crown chakra. Placed at the top of your skull, this chakra represents the connection with the Divine and the cosmic understanding.

Each of these chakras can be blocked, damaged or depleted of energy. As a result, you will experience difficulties in the emotional and spiritual aspects that they control. Getting rid of the symptoms won’t be possible, at least not completely and permanently, until you fix the problem that is their cause.

There are many chakra balancing techniques that will help you unblock your chakras, like crystal and light therapy, performing affirmations,massages and yoga. There are others that rely only the powers of your own mind.Those methods are chakra balancing meditation and chakra visualizations.

A Chakra balancing meditation is one way to open the blocked chakras. With this method, a positive effect is guaranteed.  Chakras are, after all, your own energy, and when you know how to make them do it, they will respond to your efforts almost immediately. By emptying your mind and concentrating on the chakras, you automatically affect their state. If you try to redirect your positive energy toward them, they will, at one point, respond by opening, and the energy will start flowing again, making you feel a lot better.

Chakra healing with the help of visualization involves meditation as well. While we’re in our meditative state, that is, while we’re seated with our legs crossed, the seven chakras of our body are perfectly aligned, which results in the best possible effect of the meditation. This chakra healing method is based on, as the name suggests, the visualization of your chakras. While meditating, you’re able to focus on the damaged or blocked chakra by following your breath to the part of the body where it is located.But that is only the beginning. The next step is the healing process. After they’ve managed to focus on one of their chakras, many people find it helpful to visualize it as blocked or sealed. The visualization itself will lead your focus in the right way. It will help you push the feelings of rejuvenation in the direction of the blocked chakra, which will result in its opening.