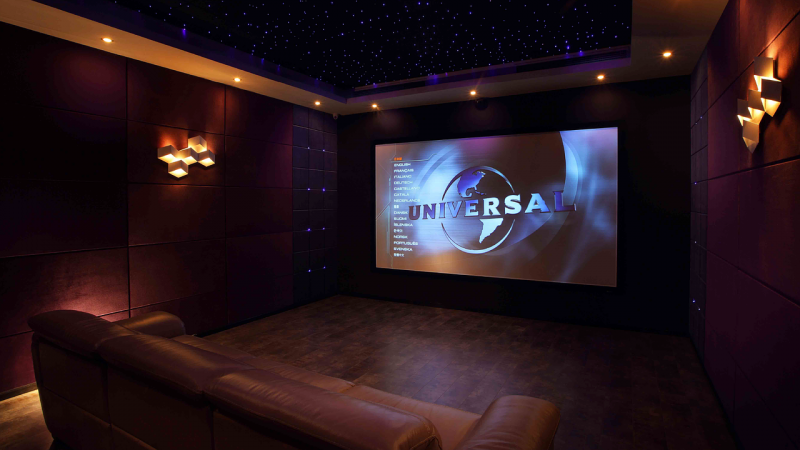 Here are some law of attraction movies that we like.

Now admittedly this is not a textbook list of traditional LOA films, more movies that we’ve enjoyed, are good fun and I think demonstrate the principles, perhaps without meaning to 🙂

Our Favourite Law of Attraction Movies

I must have watched this film at least 10 times, not least because I love Bill Murray and think he’s hilarious.

The main premise of the film is Bill Murray as a reporter sent to cover a story about Punxsutawney Phil, the famous groundhog that predicts an early spring or not by whether he sees a shadow when he is brought out.

Bill is a cynical, selfish reporter who finds himself waking up and living the same day again and again.

At first, he uses it to his advantage in his pursuit of Andy Macdowell but always ends up failing somewhere along the line in his funny attempts to get her into bed where he picks up every night at the point he fails the night before.

“No fudge, no white chocolate.” – Murray

“What are you doing are you making a list ?” – Macdowell

Nothing changes for Bill until he changes himself and by changing his state of being he eventually ends up with all he’s ever wanted.

Ok, I’m biased here because these are my favourite films of all time, especially the original 3, but I think they are some of the most successful movies of all time precisely because of the message they were sent to impress upon our consciousness.

You can’t have lines like this in a movie and not see the parallels with law of attraction, especially the ones from Yoda 🙂

“ I don’t believe it” – Luke Skywalker

“ The ability to destroy a planet is insignificant, compared to the power of the force.” – Darth Vader

“You will find that many of the truths we cling to depend greatly on our own point of view.” – Obi Wan Kenobi

“Luminous beings are we, not this crude matter.” – Yoda

I love this film about Howard Hughes. I think this is a proper law of attraction movie. His ability to just hold his vision in the face of the whole world telling him he was wrong. About the movies he made and about the planes he built.

The movie is fascinating to watch as you can see the way the two core beliefs that he seems to pick up when is a young boy manifest themselves in his life.

At the start of the movie, he is shown being told by his mother “You are not safe” a belief that seems to impress itself on his young mind and manifest in his life as a crippling obsessive compulsive disorder and germophobia.

The final scene in the movie sees him flashing back again to him as a young boy with his mother, this time he is expressing his belief of what his life will be like.

“I’m going to fly the fastest planes ever built, make the biggest movies ever, and be the richest man in the world.”

Below is a trailer for the movie from Youtube

Catch Me If You Can

Another Leonardo Di Caprio film, and another one that would not be considered a traditional law of attraction movie. Again he does a role based on a true story ( these are my favourite type of films as they have actually happened, same reason I like autobiographies I think ) this time he stars as Frank Abignail, one of the greatest fraudsters of all time, with Tom Hanks chasing him around the world.

Frank runs away from home as a child when asked to choose between his separating parents and starts with forging cheques and goes on to impersonating an airline pilot a doctor, and a lawyer. Simply by getting himself to believe it, and then watching as everyone around him was taken in and believed it too.

My favourite line in the movie is when Tom Hanks finally identifies him and heads to his mothers house.

Mother: “Well I’m working now, I’ll take care of that how much is it.”

If you want to see the power of belief in action watch this movie.The trailer is below from Youtube.

Brad Pitt and Jonah Hill is a good starting point for any movie I guess. Again not your typical law of attraction movie but another film I watched again and again. Simply because it shows how the power of one person’s fervent belief, can ultimately change something as big as the game of baseball.

Billy Beane is the general manager of the Oakland A’s, a small market baseball team that somehow have to find a way to compete with baseball’s big hitters, despite the fact they have a budget about 10 times less.

Billy Beane comes up with a system of player analysis that turns baseball on it’s head and despite fervent opposition at every turn, he holds his vision and is proved right.

My favourite bit of the movie is when Billy is talking to his much younger assistant Pete, played by Jonah Hill about making a controversial decision.

Pete: “If this doesn’t work out the way we want it to, this is the kind of decision that get’s you fired.

Billy: Yes, I may lose my job, in which case I’m a 42-year-old man with a high school diploma, and a daughter I’d like to send to college. You’re 25, with a degree from Yale, and a pretty impressive apprenticeship. I don’t think we’re asking the right question here.

The question we should be asking is….Do you believe in this thing….or not ??”

How many of us know what it is to become the perfect version of ourselves?

That’s the question addressed in this movie and I think a question that we are all interested in if we consciously use the law of attraction. Becoming the me we know we can be.

Now granted, we may not have access to NZT, the new drug that Bradley Cooper gets his hands on in this movie that allows him to access 100% of his brain as opposed to the 20% that it is estimated we are generally accessing as human beings at the moment.

From writing a book in 4 days to making millions on the stock market, if you want to get  a glimpse of what the perfect version of yourself could look like, this movie gives you a peek. Just watch out for Robert De Niro 🙂

Hope you enjoyed that selection of non-traditional law of attraction movies.

And of course, if you have not done so already, you can watch The Secret, one of the worlds most famous law of attraction movies, or at least watch the first 20 minutes for free here.

4 thoughts on “Law of Attraction Movies”